A PANEL of experts will be appointed by the finance minister to ensure that the increased VAT rate is not regressive – and that 19 zero-rated food items will continue to be so, the national treasury said at the weekend.

The chairperson of the Davis tax committee, Judge Dennis Davis, will appoint a panel of independent experts to review the list of zero-related items, and consider the most effective way to mitigate the impact of the increase in the VAT rate on poor and low-income households.

“The review will consider expanding the list of basic food items that are VAT zero-rated and also consider how specific expenditure programmes can be improved to better target poor and low-income households, such as the National School Nutrition Programme and food stamps.

“This review process should be done within the confines of the current fiscal framework as proposed in the 2018 budget, including for revenue and Expenditure,” the Treasury said.

Meanwhile, the decision by the Reserve Bank to cut the repo rate by 25 basis points is good news for consumers- but still no reason to start a spending spree or borrow more money in the form of high-interest bearing unsecured loans, say debt experts.

While this pronouncement in itself will do little to stabilise the country’s finances against the backdrop of massively high unemployment and a growing number of illegal land invasions allegedly spearheaded by the EFF and their cohorts, the fact remains that there is little foreign direct investment coming into the country and the jobs numbers are getting worse, not better, warns Neil Roets, chief executive of debt counselling firm Debt Rescue.

On a R1m home loan, the reduction will save homeowners approximately above 5% year-on-year towards year-

R39900 on a R1m home loan over a 20-year term. The homebuyer’s saving will be R166 on their monthly bond repayments. Tsitsi Hatendi-Matika, a market analyst at Absa Wealth and Investment Management, said prime lending and variable mortgage interest rates will be lowered from 10.25% to 10% a year, effective from March 29. “With the positive base effects in

respect of food price inflation seemingly coming to an end and an increase in fuel levies of 52 cents/litre in April, inflation is believed to be near a lower turning point and is forecast to rise to

Future interest rate movements will remain largely dependent on trends in relevant key economic and financial market data, with the Reserve Bank Forecasting the repo rate to rise to 7.5% a year by end-2020. The latest cut in lending rates has provided some further financial relief to indebted consumers. On the negative side, however, deposit rates will also be lowered against the background of the latest cut in lending rates, which will cause a decline in interest 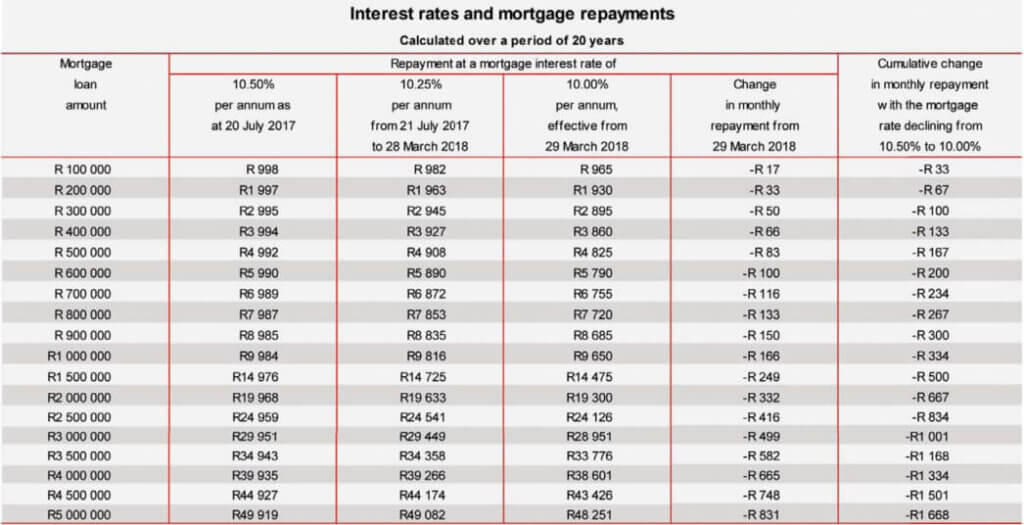 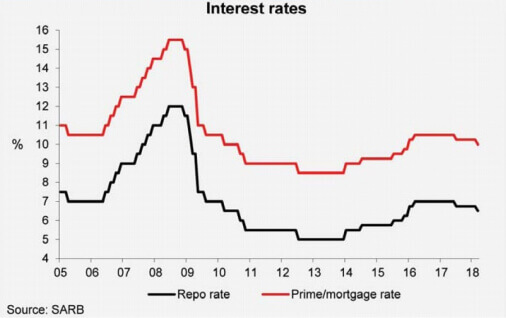